When Sangeeta Bahl summited Mount Everest in 2018 at the age of 54, to become the oldest Indian woman to do so, it was a matter of great joy. One niggling desire remained, however: the next summit she would peak, she vowed, would be as a vegan.

In July last year, she came close to fulfilling that wish. Although she was beaten by the weather before she could climb to the peak, Sangeeta spent 21 days on Mt McKinley in Alaska as a vegan and can’t wait to do it all over again. “My message is that it is possible to stay strong and get all the proteins you need from a plant-based diet. Mountaineering is no easy task, and if I can do that while consuming seeds, nuts and legumes, then the idea that vegans are weak is quite a fallacy,” she says, adding her digestion has improved and she feels more active than before.

That is the reason Sangeeta is the face of Veganuary, a month-long movement that encourages people to go vegan for 31 days, in January. It was started in 2014 in UK by Matthew Glover and Jane Land, gaining momentum each year with support from celebrities such as Joaquin Phoenix, Paul McCartney and Evanna Lynch. The idea is that for something to become habit-forming, it needs 21 days. 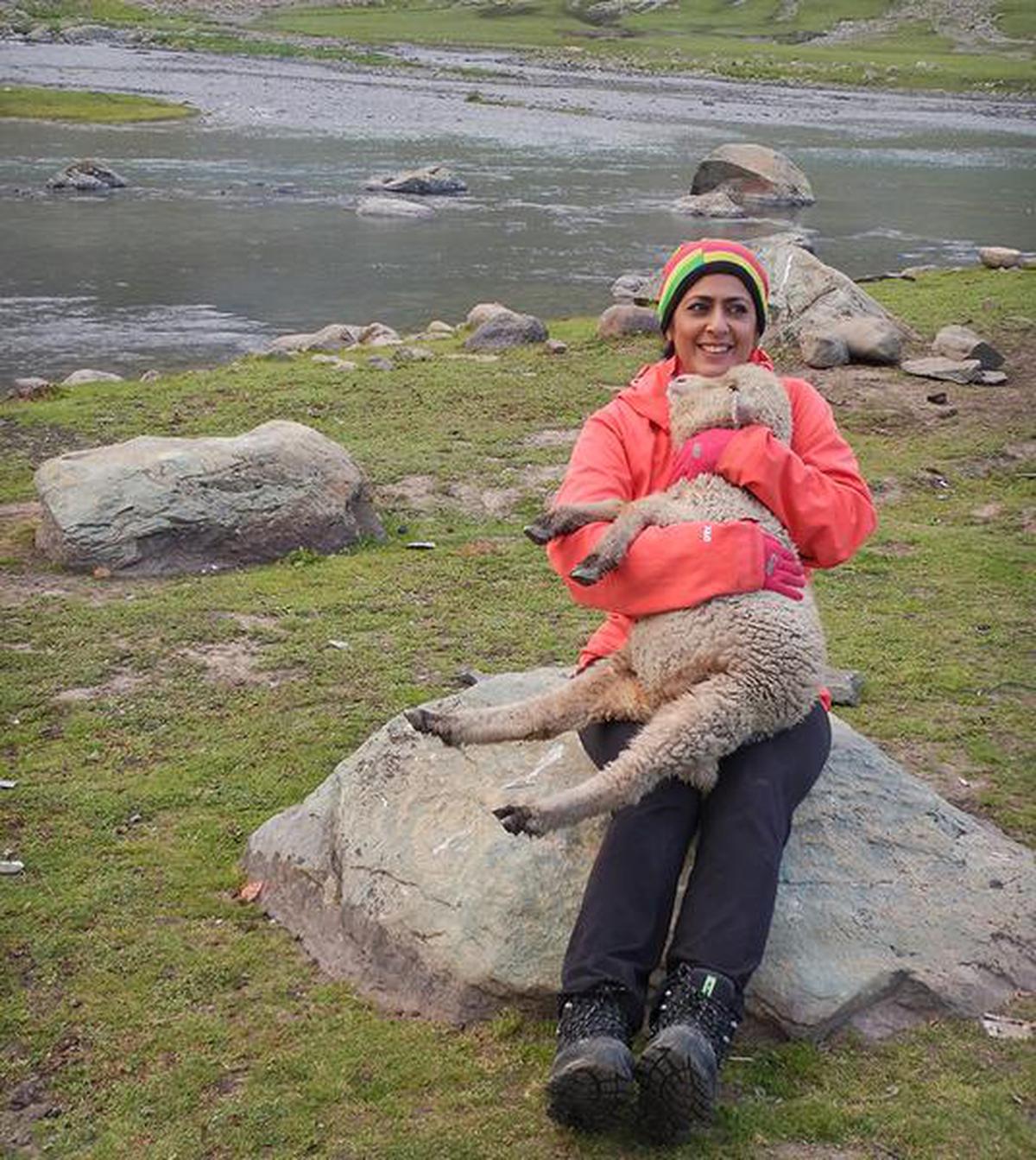 Sangeeta Bahl at a trek in Kashmir

Having spread to 179 countries so far, this is the second time it’s being celebrated in India. This year, The Vegan Samooh, a collective of vegan activists, is organising it.

Outreach is the major focus of Veganuary, and just as important is changing the image of who a vegan is. “The issue is vegans are today looked upon as part of a cult,” says Akshita Kukreja, part of The Vegan Samooh, who is organising inclusive potlucks and parties to recolour that perspective. “We want people to realise that vegans can have fun. It’s not all about protesting, though that is a big part of it.”

Under Veganuary, she and her team organised a vegan-themed eco-conscious New Year’s party in Delhi. “We also wanted to bring together vegans and zero-waste activists through this,” she says. A significant portion of people registering for Veganuary are those worried about the impact of dairy and meat industries on climate change.

Much like how Veganuary is celebrated all over the world, in India too, The Vegan Samooh has teamed up with over 60 establishments, cosmetics and restaurants in seven cities, including Delhi, Mumbai, Bengaluru, Chennai, Pune and Goa, to offer discounts on vegan products.

Recently, Akshita also organised a trip to an animal sanctuary in Delhi, where a vegan buffet was held, and at the same time, people could interact with rescue chicken, goats and cows. All this, she says, is an attempt to be inclusive, build a community, and get rid of the ‘elite’ tag. “The idea is that people make the connection between veganism and ethics themselves,” she says, adding that they’d like to change the image of vegans being pushy people.

How sustainable is it though? Ontario resident Dev Vajaria explains how he could not keep up with his vegan lifestyle when he would visit India, “because of the limited availability of dairy substitutes like soy and almond milk.” But things are changing — in terms of 2019 participation numbers for Veganuary, India was the third country, after the UK and USA, and Mumbai the fifth city. Akshita points out that many Indian dishes are vegan by default, whether it’s rajma-chawal up North or idli, dosa and upma in the South. She says that some people see veganism as a western concept. “But a big part of The Vegan Samooh is to go back to our Indian roots of shak-ahar (plant-based diet).”

This year, the movement has had a growth spurt among the health-conscious, thanks to the Netflix documentary The Game Changers. A report by Veganuary UK says that globally nearly 49% of the participants listed health as a reason to go vegan.

“Being a mountaineer requires me to train intensively, and I can do it without getting my proteins from meat. In fact, since I have gone vegan, my digestion has improved and I feel more active than I was when I was 20,” says Sangeeta. Founder of Bengaluru-based Right Living, dietitian Anupama Menon, says it is about making sure you have both complete and incomplete proteins. The latter is available in vegan products, but eggs, fish, dairy and meat is a rich source for the former. “Incomplete proteins are basically those that are lacking in some amino acids. Rice for instance, misses out on lysine. So you need to have it with dal, to get the complete protein.” Similarly, you need to find replacements for other nutrients such as iron, calcium and Vitamin B12.

She reminds us though that shifting to being vegan means giving up food groups that your body is used to, a shift it is likely to resist. It is important then, to pay attention to your gut health. If you have food allergies because of which you can’t eat peas, quinoa, certain legumes, almonds, gluten or certain oils, by going vegan you will be further limiting your nutrient sources. “If it has to become a sustainable lifestyle, you have to know if it is working for you as an individual, no matter what the studies on plant-based diets say.”