Most serious film buffs know something special has been happening in Malayalam cinema in recent years. The wave has been driven by the auteurist visions of directors and producers like Lijo Jose Pellissery and Aashiq Abu, and stories that provide charming, ground-level views of a milieu without sacrificing big-picture commentary. Here are some favourites from the past five years.

This visually stunning, heart-breaking work is an adaptation of the Chekhov short story Vanka, about an unhappy little boy writing a letter. However, the source text is almost incidental, because this film’s beating heart is the terrain in which it unfolds: the Kuttanad backwaters where an eight-year-old minds ducks with his grandfather. The many beautiful images-a boat rowing across a breath-taking network of canals, a “nameless dog” running alongside the shore-are markers of a childhood about to end. They help you see how much this boy is part of his setting.

If Anurag Kashyap’s Gangs of Wasseypur presented small-town gang wars in the format of a multi-generational epic, Pellissery’s Angamaly Diaries operates in a more intimate meter. It begins with a catchy folk song, celebrating Kochi’s Angamaly suburb, and introduces us to the handsome, somewhat goofy Vincent Pepe who gets in trouble as he rises up the ranks of the local pork trade. This is a film with surprising lightness of touch, even though its piece de resistance is a complex, unbroken 11-minute take with the camera weaving past hundreds of people at a crowded festival.

Pellissery also uses many long takes in Ee. Ma. Yau., about a man’s increasingly futile efforts to give his father the dignified funeral he had asked for. This is a poignant yet funny portrayal of death-and the rituals and sideshows around death. There is genuine loss and grief, but also marvellous depictions of the more performative aspects of grief; the story moves effortlessly between a droll and a mournful one. It even has a sleuthing priest, who has been asked to perform the last rites but seems to think he is investigating a murder! 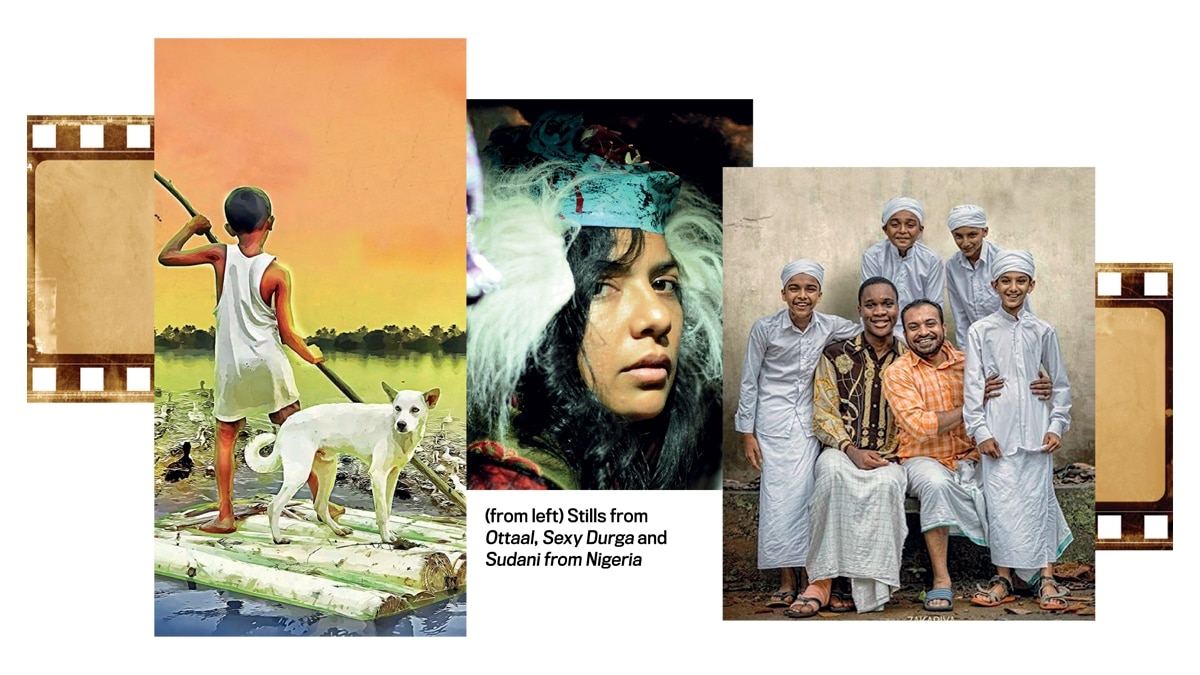 One of many low-key Malayalam films that might seem random and diffused, but translate superbly on screen, turning an everyday story into something compelling and multi-layered. A married couple is caught up in the whimsical politics of a small-town police station after a cheeky thief-played by Fahadh Faasil in one of his star-making roles-steals and swallows the woman’s gold chain. (“I don’t give up till the end. That’s how I am,” the man says, almost bashfully, when unmasked.) Many destinies intersect, character revealed and redemption sought; and in between all this, there is also a terrific chase scene.

The title of Sanal Kumar Sasidharan’s film was changed to S Durga to avoid hurting “religious sentiments”-which is ironic, given that part of the point it makes is how women are oppressed in a society that adores goddesses. The story centres on the contrast between Durga the goddess and a flesh-and-blood woman terrorised in increasingly unsubtle ways when she and her boyfriend hitch a ride late at night. The film’s stylistic decisions-the use of lengthy held shots within a cramped space, for instance-make the viewer feel as discomfited as the protagonists; the ending combines bare-bones realism with the aesthetic of a surreal horror film where society itself is the predatory monster.

A Nigerian footballer, playing for a small Keralite club, is called “Sudani” by the locals because that’s what they think all Africans are. This cultural disconnect is the precursor to other misunderstandings and barriers that develop between this young man and his manager, especially when the former loses his passport and needs to get back home. No flourishes here, just simple narrative filmmaking done with tremendous heart.

Four brothers live together in an unhygienic little nook of a Kochi village. There are no women in their lives, but that is about to change, and with it will come a new sense of responsibility. But they must also set differences aside and take on a big bad wolf-someone who is ostensibly a responsible “family man” but with a psychotic side. The film is effortless in how it unfolds, how every character arc seems organically realised even as it reaches for allegory near the end. One of the triumphs of its year.

The most recent film on this list-about a motivational speaker who, haunted by his brother’s death, becomes a pawn in the spirituality “business”-is also an outlier. Most of the other films mentioned here are spare, lean, characterised by storytelling economy; Trance is an audacious work. It looks different too, set in urban environments and featuring men in sharp suits rather than mundus. But that is part of the point, since this is a tale about appearances and the webs we weave to try and take an elevator-rather than a staircase-to the top. Incidentally, there is also a hat-tip to the 1997 sci-fi film Contact.

Get real-time alerts and all the news on your phone with the all-new India Today app. Download from