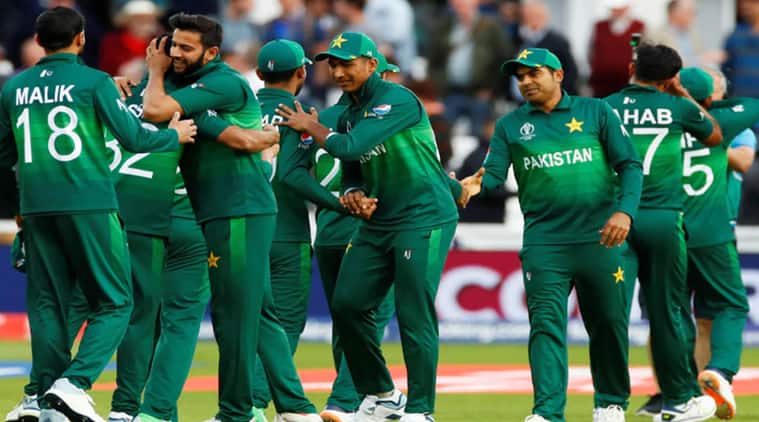 The PCB confirmed that 20 players and 11 support staff will leave for England on Sunday morning to play three Tests and as many T20 internationals. (File Photo/PCB)

Six of the 10 Pakistan players who had tested positive for Covid-19 last week, including batting all-rounder Mohammad Hafeez and fast bowler Wahab Riaz, have returned negative results following a second round of tests. However, they will not be on the charter flight to Manchester on Sunday as the Pakistan Cricket Board (PCB), which conducted these tests, want them to undergo a third test.

If the third round of tests on these players are also ‘negative’ they will be able to travel to England.

Fakhar Zaman, Mohammad Hasnain, Mohammad Rizwan and Shadab Khan are the other players who were negative, according to results of the second round of tests conducted by the PCB.

As per the PCB testing programme, players who have tested positive have to show two negative tests before entering England in adherence to the UK government regulations.

The PCB confirmed that 20 players and 11 support staff will leave for England on Sunday morning to play three Tests and as many T20 internationals.

20 players to travel to England on Sunday. More details to follow shortly. pic.twitter.com/p9PPRWGd95

Hafeez and Riaz underwent tests at a lab, which the PCB does not use, and though the test results came negative it has not been taken into consideration, PCB chief executive Wasim Khan said.

“I am aware Mohammad Hafeez and Wahab Riaz took personal tests outside of our process prior to the second PCB testing. While their results came up negative, as per the PCB testing programme, they are deemed to have one negative test following a positive test. Therefore, once they are retested and receive a second negative result under the PCB testing programme, they will be available to join the squad in England,” Khan said.

On June 25, the Pakistan board conducted the second round of testing after the squad assembled at Lahore.

They have been advised by the PCB medical panel to observe “strict quarantine”, with the board providing them complete support. “These players will undergo tests following the completion of the quarantine period and will be sent to England following two negative tests,” the PCB stated.

The PCB originally had picked a 29-member playing squad for the England tour. Following the Covid positive test results, the board called upon fast bowler Musa Khan and Pakistan U-19 captain and wicketkeeper Rohail Nazir. Both have been included in the first batch of travellers. According to PCB, Pakistan bowling coach Waqar Younis will join the side directly from Australia, while veteran all-rounder Shoaib Malik “is expected to travel around July 24”.

Test captain Azhar Ali held virtual media conference on Saturday afternoon and shared his views on the upcoming tour of England for which the side departs on Sunday morning.https://t.co/4goC6yTAVo

After reaching England, the squad will undergo the England and Wales Cricket Board testing at Worcestershire followed by a 14-day isolation period, during which they can train.

“Upon arrival in Manchester, the squad will be transported to Worcestershire where they will undergo the England and Wales Cricket Board testing before completing their 14-day isolation period, during which they will be allowed to train and practice. The side will move to Derbyshire on July 13,” the PCB stated.