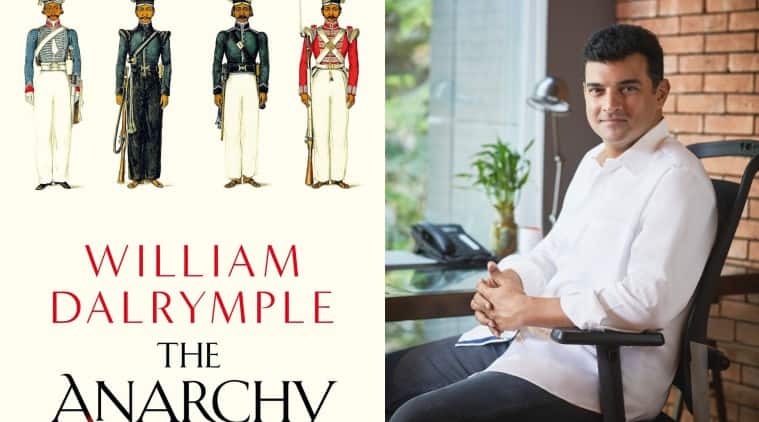 Siddharth Roy Kapur and William Dalrymple are excited for the web series based on The Anarchy.

Siddharth Roy Kapur has acquired the rights to develop The Anarchy: The Relentless Rise of The East India Company by award-winning author William Dalrymple into a web series. The best-selling author has come on board as a consultant of the Roy Kapur Films production and is excited to watch his book’s adaptation.

The Anarchy: The Relentless Rise of The East India Company traces the rise of East India Company against the decline and fall of the storied Mughal Empire. It grew from being just a trading company run by 30 people from a small office in London to the rulers of an entire sub-continent.

Siddharth Roy Kapur intends to put together a diverse international team of writers and showrunners to create a pathbreaking web series in terms of scale and quality.

“While a debate rages today around the world about the increasing power of giant corporations and powerful individuals to wield control over minds and nations, what could be more relevant to global viewers than the true story of the takeover of an entire subcontinent by a small trading company,” shared Siddharth in a statement.

William Dalrymple too has high expectations from the web series. “The Anarchy is the beginning of the Company Quartet, followed by the White Mughals, the Return of the King and finally The last Mughal. I believe any of them would make fantastic movies. But the Anarchy being the beginning of the story is the obvious choice for adaptation. I would hope that the entire Company quartet is made in order,” said author and historian William Dalrymple. He added that Siddharth Roy Kapur has his eye on the other titles as well.

“There is no better person to make it than Siddharth Roy Kapoor. He has produced some of the greatest releases of Indian cinema like Lunchbox and Haider. But he can also do epics like we have seen in Jodhaa Akbar. I have got high hopes,” said Dalrymple. “Siddharth seems very ambitious. He sees this to be a global thing, not restricted to the Indian audience. He wants it to be a break out for his company as a global brand. He is looking for big international partners and big international financing. He wants it to be a very large budget series and he definitely wants it to be international writing with writers not just from India, but from around the world,” he added.

“For years we have been waiting for the big break out on Indian TV or cinema which utilises the talent in India but has an international audience. Sacred Games showed that it can be done, but it has not really happened yet in the way for instance, ‘Money Heist’ was a success for a Spanish film. Maybe this could do it,” said William Dalrymple.

“At the moment, Bollywood has made a hash of history. Most of the historical dramas are based on nationalist ethics that have very little to do with history and more to do with identity politics. But India has got both the acting and the screenwriting talent. There is no reason that a first class historical epic series cannot be made.”

William Dalrymple explained that while he will not be involved in writing the script, he would be a consultant and provide advice to the writers.

While the cast of the web series is yet to be locked, the Instagram handle ‘Mad Mughal Memes’ shared a few suggestions. Impressed with the casting suggestions, including Christian Bale as General Outram and Rani Mukerji as a begum, Dalrymple shared a few screenshots on Twitter.

So now Anarchy is to a TV show, @Themadmughals are getting down to the serious business of casting… pic.twitter.com/rGH71pi5M0

(With inputs from Adrija Roychowdhury)