The year’s first tennis Grand Slam — the Australian Open — has begun. Even as Australia continues to battle the bushfire crisis in the background, tennis is raising funds for those affected by the calamity with their Aces for Bushfire Relief project that has players, organisers, and fans contributing.

But fans entering stadiums to cheer on their favourite tennis stars are in for a treat of a different kind as well at this year’s tournament: thanks to the AO Chef Series.

The new initiative will see an all-female line-up of food icons be part of the Open, and host special degustation dinners they’ve created especially for the tournament.

Food stylist and Australian icon Donna Hay, India-based restaurateur Sarah Todd, Hobart-based restaurant Franklin’s head chef Analiese Gregory, and Thai chef Duangporn ‘Bo’ Songvisava will each host two lavish dinners during the course of the AO, as the culinary world comes forward to meet tennis in an ace combo. The chefs will present their menus in personalised pop-up restaurants at The Glasshouse, during the two-week Melbourne fest.

Ahead of hosting their special dinners, two of the most recognised names in the line-up: Sarah Todd and Donna Hay talk about the preparation that’s going into their tournament menus, their cooking mantras and of course, the players they will be rooting for. 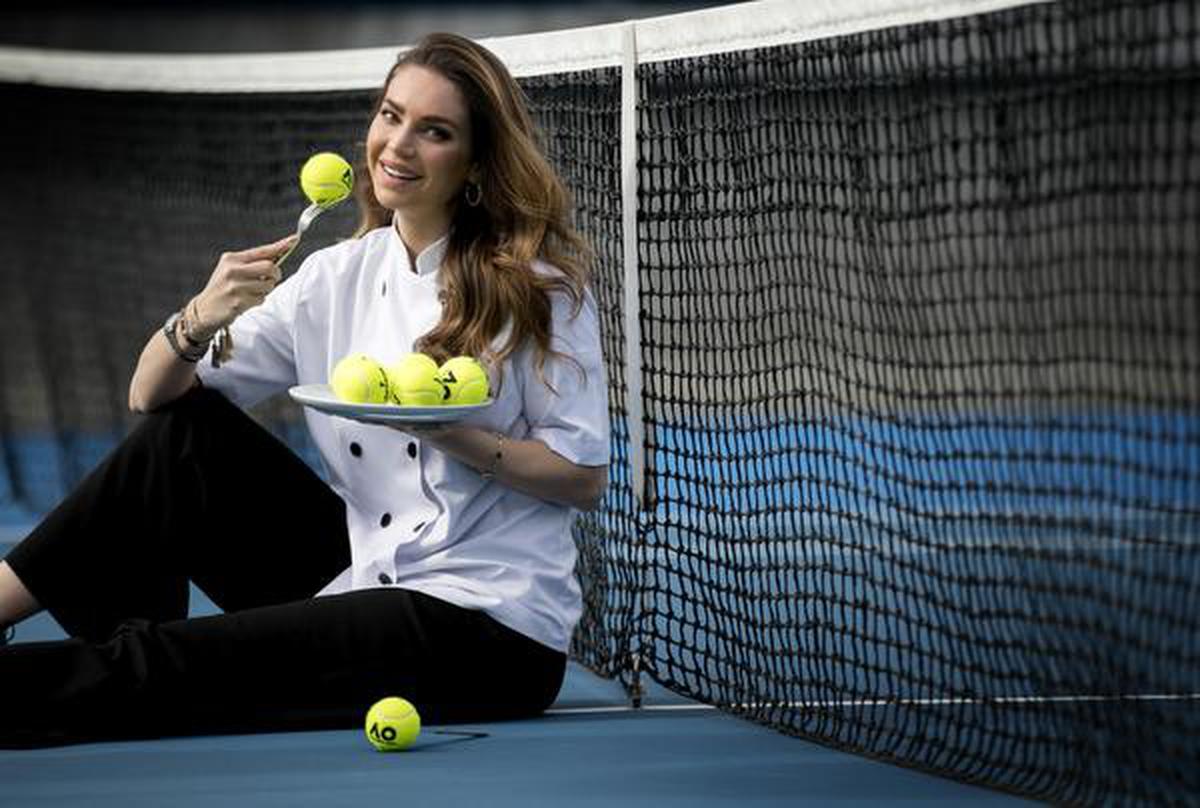 Tennis and food: what do you see as the connection between these two diverse fields?

The Australian Open is the first of four Grand Slam tennis tournaments held annually. With hundreds of thousands of fans visiting each year, it has evolved into a jam-packed entertainment package which includes live music, gourmet food, evening sound-and-light shows and lots of activities for kids. Oh and of course some great tennis!

For the first time, the AO Chef Series in 2020 is an all-female line-up and I am honoured to be invited. It is also great that the prize money is equal for both male and female players at this event.

How important is it for you to be featured in a line-up like this?

This really is a special moment for me. Five years ago, my goal was to open an Indian restaurant in Australia. Well, the universe had other plans for me and I opened an Australian Restaurant in India. I am excited to showcase my cooking style at this prestigious event in Australia. I am also excited and honoured to be sharing the culinary stage with women who have carved out a successful career in a male dominated industry.

What are you planning for your degustation menu?

I have travelled extensively across India over the past five fears. I have been welcomed into the home of a Mishing family in Assam, stayed with a tribe in Nagaland, participated in a cultural festival at a Rajasthani Fort in Kashmir, fished in the backwaters of Goa and cooked freshly-caught crab xacuti with a family on the banks of a river. These travels and experiences have influenced the way I cook.

My menu at the Australian Open will take guests on a journey of flavours from across India while incorporating native Australian ingredients. Australian produce is the best in the world, and I will be using Southern Rock lobsters, Milly Hill lamb, Epicurean Harvest fairy-tale eggplant and nettle, to name a few. I’m looking forward to sharing the story behind each dish with my guests.

I’m presenting a five-course menu with five vegetarian and five non-vegetarian. My menu pays homage to both India and Australia.

Will there be any Indian-themed recipes or dishes in your menu?

I spend an equal amount of time in India and Australia and I feel at home in both countries. I feel grateful and honoured that the people of India have opened their hearts to me. Indians have such a love of food and food and the style of cooking varies from State to State. I have learnt so much that my cooking style has changed and adapted to incorporate some of what I have learned during my travels.

I have drawn inspiration from India to create a menu using Australian produce. My wish is to make both India and Australia proud of my Indian-Australian cuisine.

How much did you learn from the other chefs at the tournament?

I have followed Donna Hay over the years and really admire her work. I am learning all the time and it is inspiring to see other female chefs like Analiese and Bo being acknowledged for their hard work.

Are you a fan of the AO? A female tennis star who’s always inspired you?

Australians are sports-mad, whether it’s playing it or watching it! I love tennis and my son Phoenix and I have had some lessons. Tennis is the main topic of conversation at present, especially considering the number one female tennis player in the world is our very own Ashleigh Barty. She is certainly the player I will be watching out for at the Australian Open. Ashleigh’s hard work and determination has seen her excel in tennis and cricket. She is a great role model for young women

A perfect dish to sample while watching tennis at the Australian Open, if you had to pick one?

The country is going through a crisis at the moment due to the rampant bushfires: how do you want the hospitality and cooking community to come forward to fight this?

The bushfires are hard to watch and the devastation is so wide spread. At a time like this, Australian communities come together to support each other. Offers of help come in many different forms. Restaurant owners are supplying food and water to families in shelters.

The owners of an Indian restaurant and their staff in East Gippsland where fires have destroyed homes are cooking curry and rice for those living in temporary shelters. The meals are being distributed by a team from Melbourne charity Sikh Volunteers Australia. This is just one example of many acts of generosity.

Fundraisers and auctions are also being organised to raise money. I will be offering a dining experience for four and will design a menu and cook in the home of the winning bidder.

Who are you rooting for at this year’s AO?

Of course I’ll be rooting for Ashleigh Barty. I’m also looking forward to seeing Alex de Minaur play. This young Australian is rapidly rising up the ATP ranking. He is calm and hard-working and I think he is one to watch. 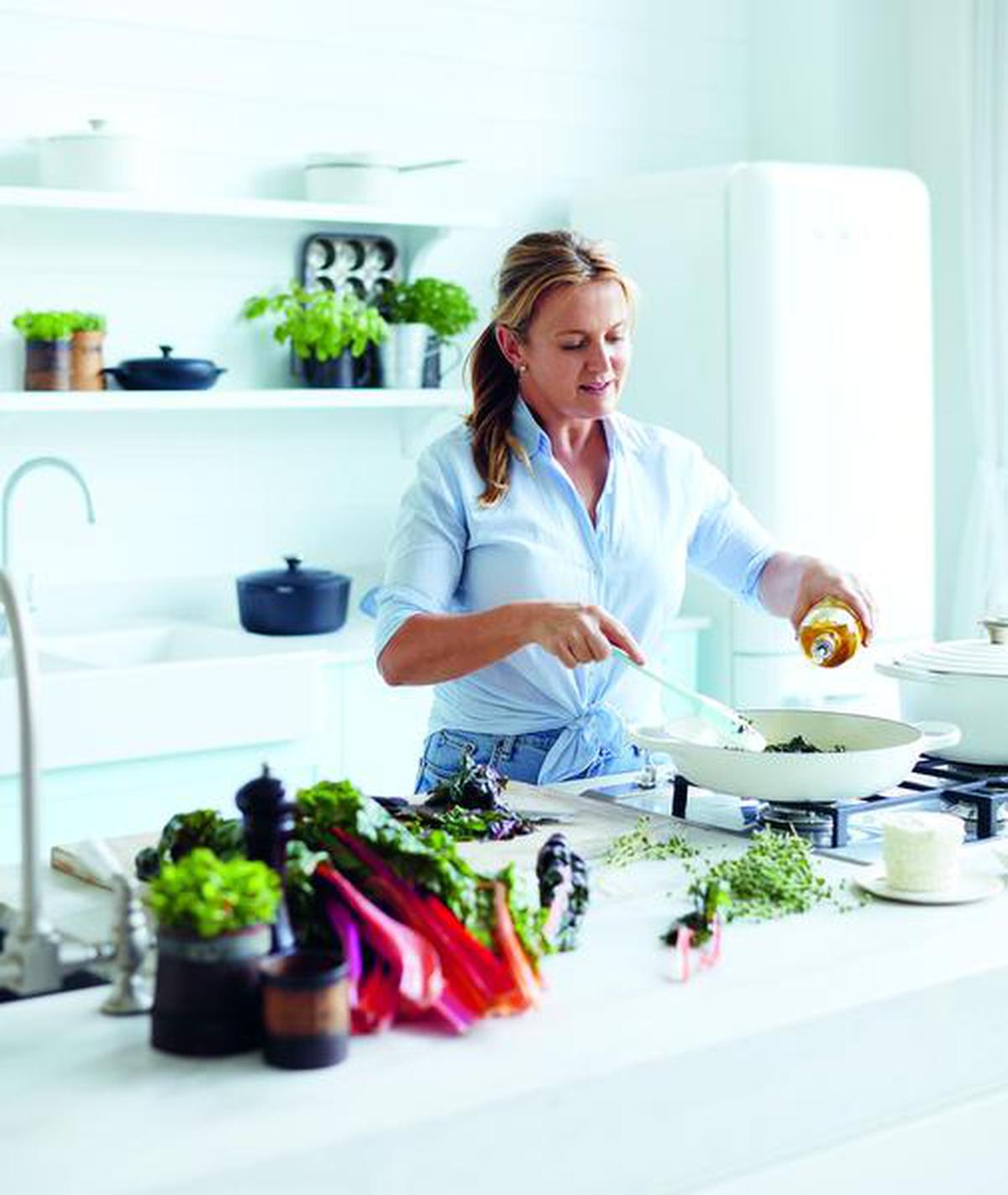 How are you looking forward to this year’s tournament?

I am thrilled to be part of the Australian Open 2020, I’m even more excited that I get to be part of something so unique. The food industry has always been male dominated but as we can see by the incredible talent participating in this event — there are loads of amazing women creating brilliant food, so it’s flattering to have been asked to be part of the line-up.

Could you give us some insight into your cooking philosophy for the AO?

My style of cooking is not fussy or over the top. I write recipes for home cooks that are simple but taste delicious and to be honest, that’s how I cook even when I’m entertaining. So that’s how I approached my menu… as though you were coming over to my house for dinner. Intimate, informal, tasty and hopefully, lots of fun!

How many dishes are being planned and is there a theme?

I will be serving six courses. I know that sounds like a lot, but they’re all light and form part of my story. Each course is intrinsically tied to a moment, a highlight or memory of my childhood, growing up in Australia and my career. But most importantly, they all focus on the flavours of ingredients at their best. Oh, and there are two desserts, because let’s face it… dessert is clearly the best part of any meal!

Tell us about growing up in Australia.

I consider myself lucky to have grown up in Australia. Sydney is my hometown and there’s nothing I love more than spending my free time enjoying the sunshine, sparkling sights, and beautiful food. The city has a lot to offer, warm weather and so many world-class beaches within just a few kilometres of the CBD (Central Business District.)

There’s so much to do with lots of options to have a great time outdoors with my boys. Plus, thanks to the Australian restaurant and café culture, there are loads of casual places with great fresh food to take the boys to dinner.

Do you enjoy watching tennis? Rooting for anyone at this year’s games?

Rejecting the Name My Parents Chose

Trump Promotes Oil Deal That May Not Exist