In Japan, the Covid-19 outbreak left in its wake a crushed Olympic dream. Now professional wrestling is helping unlock the country, one suplex at a time.

While it tried, and failed, to avoid the Tokyo Games postponement to next year, the Japan government seems to have successfully flattened the curve, with daily cases below a hundred since May 15. The nationwide state of emergency was lifted on May 25, and last Monday, New Japan Pro-Wrestling (NJPW) — the largest promotion in Japan — held its first show since the lockdown, becoming the first sport to restart in the country.

Pro-wrestling’s return, facilitated by working closely with the sports and health ministries, also highlights cultural differences between Japan and America.

While promotions worldwide continued to run shows through the pandemic — most notably WWE which held its annual WrestleMania event over two nights behind closed doors in April — NJPW and most other Japanese promotions effectively shut shop late February.

“The responsibility we hold as an industry leader in Japan and worldwide weighs heavily on our shoulders; ultimately this was the only sensible decision we could have taken as a responsible corporate citizen,” NJPW president Harold Meij tells The Indian Express. “A business must be viewed as a long-term entity, and I believe our decision to side with caution over profit will in the long term be seen to have been the right one.”

It certainly wasn’t an easy one. On track for a record profit this year, NJPW had to cancel 56 events which left a huge dent in the revenue. The company executives, however, took pay cuts ranging from 15 to 95 per cent to shield the workforce.

Conversely, WWE, which also had a profitable quarter, released close to 30 workers – including wrestlers, producers, referees, and writers – in April; two days after being allowed to run shows as an “essential business” in Florida. On April 15, while WWE was busy announcing the layoffs, representatives of seven different companies in Japan met government officials to discuss the way forward and request testing kits and compensation for lost pay.

ICYMI
Yesterday, with representatives from the pro-wrestling industry including Hiroshi Tanahashi for NJPW, Bushiroad’s Takaaki Kidani presented a proposal to Japanese government minister Hiroshi Hase for support in the wake of the COVID-19 pandemic.https://t.co/mYQaevV52W#njpw pic.twitter.com/vfES26udzn

“Not being able to wrestle does make a lot of us concerned for our livelihoods, but in the world of sports, be that baseball, football, or sumo, I feel that professional wrestling should be the anchor,” Hiroshi Tanahashi, NJPW’s biggest star for over two decades, told the government officials. “I think it should be acceptable for professional wrestling to be the last sport to return to full activity.”

Before returning to action, the company drew up safety protocols based on a set of guidelines devised by the Japan Sports Association, and with the help of the Japan Safety Agency.

Wrestlers undergo temperature tests twice daily and keep a log of who they have been in contact with. Locker rooms are zoned and have staggered entry, conversations are limited and buffet-style catering has been done away with; containers of food and beverages have individual names on them. The ring and ringside area are disinfected between matches. 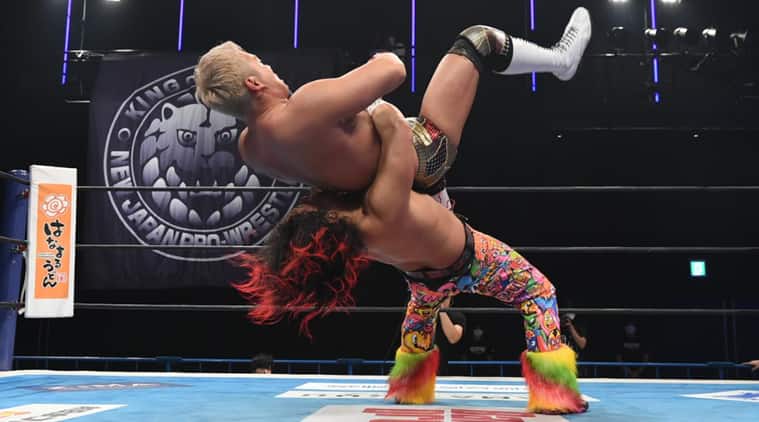 Action from the NJPW Together Project Special on June 15. Pro-wrestling was the first professional sport to resume in Japan, ahead of traditional games such as baseball and football. (Credit: NJPW)

Plans are already in place for the return of socially-distanced fans. NJPW will hold shows at Osaka-Jo Hall on July 11-12, with only one-third of the 16,000-seater venue filled. In addition to the basic measures of masks and temperature tests, fans must also not touch the wrestlers, submit address and contact details, and not cheer loudly!

WWE, meanwhile, has been allowing family and friends of performers to be in attendance at the Performance Center venue in Orlando, Florida, but with no disclosed detailed safety protocols. And on Thursday, when reports emerged of multiple employees testing positive, the company simply issued a statement: “WWE will continue COVID-19 testing of its talent, production crew and employees in advance of TV productions for the foreseeable future.”

While Vince McMahon, WWE chairman and CEO, was named as an industry leader tasked with helping restart the US economy by President and WWE Hall-of-Famer Donald Trump, it is his counterparts in Japan who are putting in the work.

“In our corporate logo are the words ‘King of Sports’,” says Meij about pro wrestling’s importance as a Japanese sport. “It is being seen this way that we led an initiative by visiting elected officials to push for government support in creating clear policies, sustainable programmes, guidelines, and testing support for our and other sports in Japan.”

Hase, the government official who presided over the April meeting with wrestling promoters, represented Japan at the 1984 Olympics and went on to become a pro-wrestling great with NJPW and AJPW (All Japan Pro-Wrestling). He also served as the Minister of Education, Culture, Sports, Science and Technology under current Prime Minister Shinzo Abe, and worked closely with the Japanese Olympic committee in 2016.

“The perception and acceptance of pro wrestling in Japan is a little bit different,” says Fumi Saito, wrestling historian and sociology professor. “It is still ‘sports entertainment’. Some people just watch it and believe everything. Some people like it because it’s entertainment. Most people understand wrestling for what it is. The things they are doing in the ring is incredible… But basic questions like ‘is it real or is it fake?’ Listen, do you like it? Does it matter?”

Wrestling match results are carried alongside baseball scores in newspapers, and there are dedicated national magazines and awards. But it was the American soldiers circa 1950 who brought pro wrestling to Japan after the Second World War. A North Korea-born Sumo wrestler Rikidozan took it up, and his rise, coinciding with Panasonic’s first black-and-white TVs made him a working-class phenomenon. Pro wrestling became ‘puroreso’. Rikidozan, in turn, inspired Antonio Inoki — a wrestling legend who fought Muhammad Ali in 1976, was elected to the parliament’s upper house in 1989, and went to Iraq during the Gulf War and successfully negotiated the release of Japanese hostages with Saddam Hussein.

“They were sports heroes who became politicians, movie stars,” says Saito, before adding: “In India too, you had a similar story in Dara Singh. A professional wrestler who became a big-time film star.”

During the pandemic, masks have deepened a political divide in America.

The Orlando International Airport, where 260 employees tested positive last Tuesday, only necessitated masks a day later. The airport is frequented by employees of WWE, where the makeshift crowd of developmental wrestlers, family and friends during shows continues to appear maskless.

Amid reports that masks, much like any mention of coronavirus, is not allowed in the company, Renee Young, a WWE announcer who tested positive on Thursday, tweeted: “Wear your masks and wash your hands”

In contrast, masks are nothing new in Japan.

“When you have a cold, flu, you go to the drugstore or general store and buy a mask, and you don’t cough all over the place, on people on the trains and subways,” says Saito. “It’s so rude. It is an accepted thing here. Sure, wearing it every day now is not easy. But you don’t want to catch it. You don’t want to keep it.”

Numerous half-hidden faces could always be spotted at pro-wrestling shows, but NJPW has mandated masks for every visitor, wrestler and crew member now.

With less than a month remaining for the Tokyo Olympic Games, this was supposed to be a busy season for Japanese pro-wrestling promotions as well. While the companies would have been muscled out of regular venues during the Games, promoters were mulling ideas to capitalise.

“It would be a shame if we got to the end of the year and all people remember was the Olympics,” Kazuchika Okada, NJPW’s current poster boy and five-time heavyweight champion, told reporters last year.

Okada, who was chosen as an Olympic torchbearer, suggested an ‘All-Star card’, bringing top talent from all Japanese promotions together for a super show. 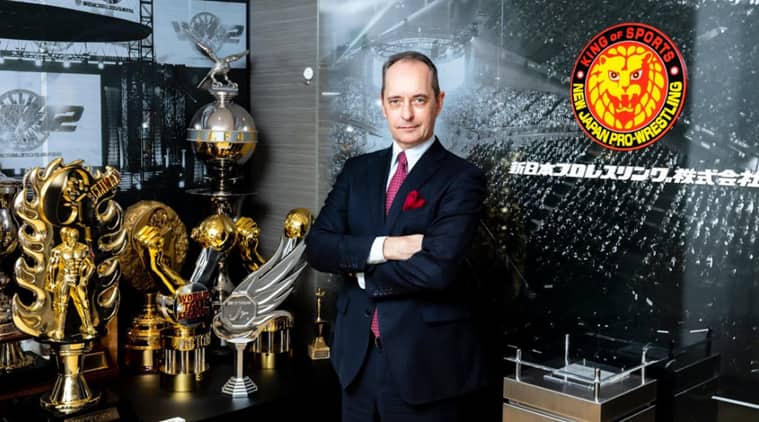 “That wouldn’t be a bad idea; if there are any buildings free. It’s a big opportunity, you don’t know when Japan will ever host the Olympics again.”

As it stands, Japan will get another chance next year. Meij calls the postponement a “great disappointment”.

“The summer period coincides with the peak of our annual events, and we have had to modify our plans accordingly with the inability to use many of the large-scale sports arenas,” says Meij. “The postponement has been a great disappointment… However, our spirits have not been dashed, and we look forward to embracing the Olympic spirit of Citius, Altius, Fortius in a wrestling way.”

From Harbhajan Singh to Virender Sehwag

ICC meeting: Fate of T20 World Cup to be decided next month : The Tribune India