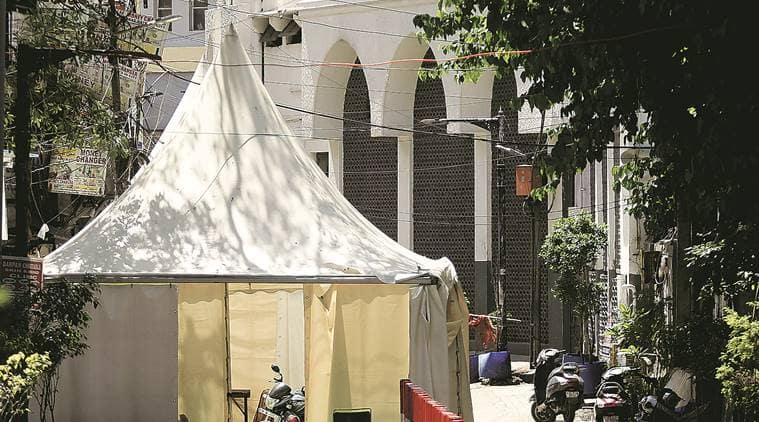 Police said the foreigners took part in the Nizamuddin gathering after the Covid outbreak in their countries. (Archive photo)

The Delhi Police chargesheet into the Tablighi Jamaat gathering at Markaz Nizamuddin, which became a Covid hotspot, refers to a similar gathering in Malaysia and a cancelled event in Indonesia, where coronavirus cases were reported in March, before the outbreak in the national capital. “It is needless to point out that some of these foreigners have acted as carriers of the highly infectious coronavirus and had thus brought over the infection from their respective countries to India,” the chargesheet states.

According to the chargesheet, the Malaysia gathering, which took place between February 27 and March 1, led to 500 Covid cases in that country. The gathering in Indonesia was cancelled on March 18 amid concerns over the Covid outbreak, which had killed 25 people and infected 309 people in the country at the time.

Police stated that foreigners from Malaysia, Indonesia and other countries then came to India and participated in the gathering at Nizamuddin, acting as carriers of the virus.

The chargesheet also records the subsequent response by the administration. It is stated that the CDMO/Southeast district, who contacted the Markaz authorities for the first time on March 19, advised “social distancing and to ensure home quarantine” after an Indonesian man with a travel history to Delhi tested positive for coronavirus in Telangana. On the same date, the Delhi Police contacted Haji Yunus, a Markaz official, to ensure “Jamaatis do not exceed 20”.

On March 21, Delhi Police contacted Mufti Shahzad and asked him to send foreign nationals back to their respective countries and Indians from other states to their hometowns.

Read| Inside Track: Double speak on dealing with Tablighi Jamaat

On March 24, the lockdown had come into effect and the Delhi Police issued prohibitory orders, however “no one at the Banglewali Masjid Markaz, Hazrat Nizamuddin paid any heed to these lawful directions”, it states.

A medical team was sent to visit the Markaz gathering for the first time on March 25, when they reported that no social distancing was followed and one Bangladeshi national was found having Covid symptoms. The next day the Delhi Police inspected the premises and got a list of 526 foreign nationals and 1,183 Indians, it states.

On March 28, SHO of Hazrat Nizamuddin police station gave a written complaint to DCP Crime Branch regarding alleged violation by Maulana Saad and the Markaz management.

Advocate Mujeed Rehman, the lawyer for Tabhligi Jamaat, however, said, “What good is an advisory by the administration at that time, asking to ensure social distancing? Tablighi members were self-isolated in Nizamuddin. Authorities should have shut down airports, screened passengers and undertaken contact tracing.”

Nine People, Including Five Of A family, Murdered In Telangana