Remember the shawarma wave in Hyderabad? For some time, anything offered in the shape of a roll and sold as shawarma was lapped up. The popularity resulted in shawarma joints springing up across the city.

Dinesh Kakollu a freelance food stylist and photographer elaborates: “When the shawarma wave first hit Hyderabad, many college students and fresh graduates pooled in funds to set up their own shawarma counters. As the investment ranged from ₹50k upwards, it was a safe investment and based on the popularity of the dish, most of them got back their investments within a few months. From a handful of counters in the start, it started spreading across the city.” However, with monotony creeping in, the palate craved something else.

That’s when another dish was planting its seeds, albeit silently — the traditional Yemeni dish called mandi. The Yemeni preparation is mostly lamb meat and rice with a special blend of spices, cooked in the fat of the animal. It first made its presence felt in the Barkas area of the Old City. Soon, Barkas Food Walks followed, introducing and popularising the mandi to food lovers. A long drive to that part of town was worth it all, they believed. In fact, mandi helped put Barkas on the food map of Hyderabad.

With its growing popularity, mandi started travelling beyond Barkas, moving towards Mehdipatnam. Soon restaurants that sold mandi had long queues. Getting a table was like playing a game of musical chairs. In Hyderabad, the dish itself has acquired different versions with fish and chicken. Chicken mandi is currently very popular. 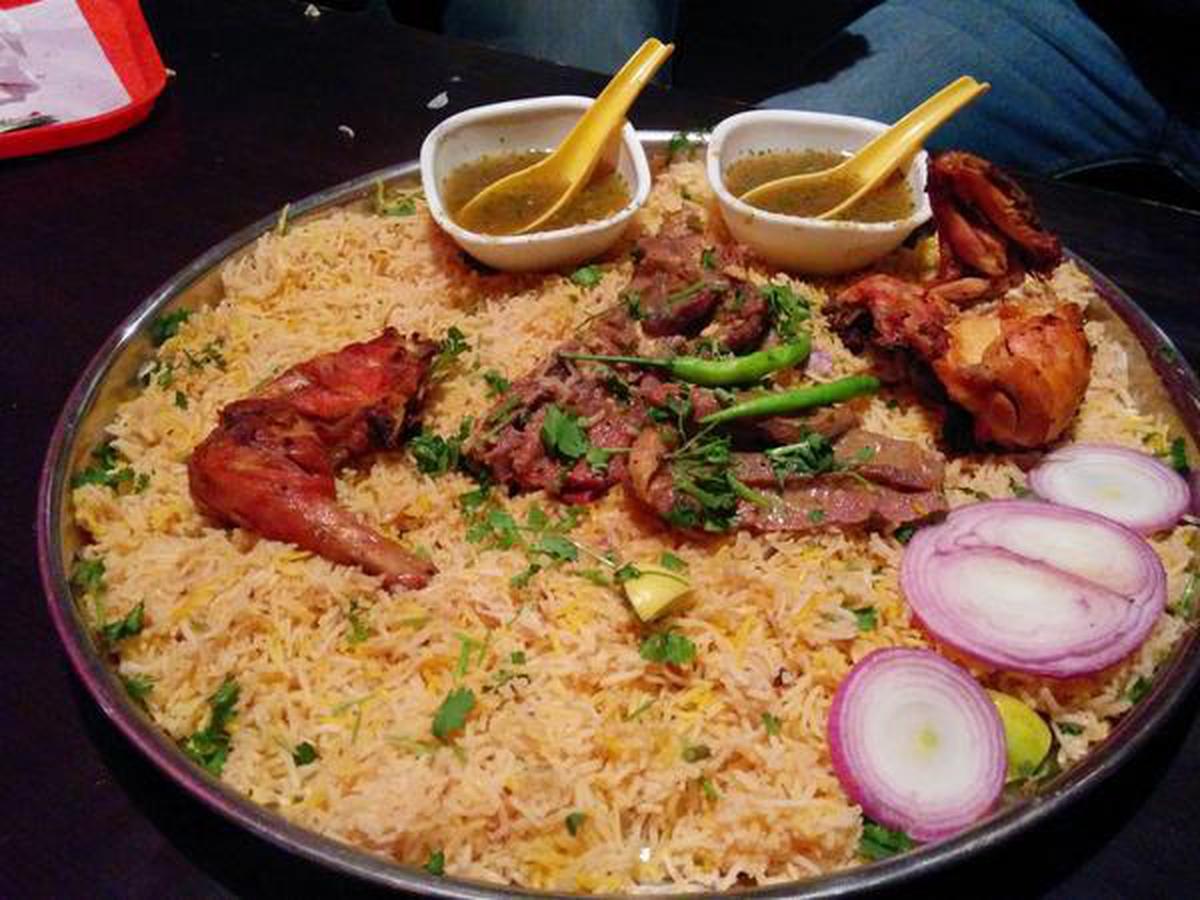 Says Sanjay Borra who chronicles Hyderabad’s changing landscape and evolving food trends, “After it reached Mehdipatnam, it was only a matter of time for mandi to take over the city. Every third food joint was selling mandi. Another reason for its popularity could be the pocket-friendly price at most of these places. If a dish priced at ₹200 can satiate two people, it’s bound to find more takers.”

While Barkas is credited with giving a fillip to mandi business, Spice 6 in Banjara Hills takes the credit of having offered authentic Arabic food for many years. They’ve been serving kabsa and mandi since 2015. Khaja Yousufuddin of Spice 6 explains what differentiates kabsa from mandi and why mandi is sold more commonly than kabsa. “Kabsa and mandi have the same rice-meat combination but are differently flavoured due to different spices. It is not very easy to get the flavour of kabsa. Mandi is flavoured rice with meat, and tastes somewhat like the biryani and is dry. That is why one gets to see mandi more often and not kabsa.” Kabsa has big chunks of meat and is a bit wet. Now it is no more a hassle to search for a mandi place. Prices do vary and so do the flavours. Swiggy lists at least 10 places on an average. Khairatabad shows 22 mandi delivery options, Attapur shows 17, Sainikpuri 10, Ameerpet 23. Those who are adventurous and don’t care where the food comes from can know about the authenticity of the dish.

Popular food influencers from the city — Fooddrifter links the popularity of mandi with Hyderabadis love for their biryani. Ashis Nayak of Fooddrifter also likes to look at Mandi with a critic’s eye: “The one dish which you’d primarily find only in Barkas has now spread like wildfire all across Hyderabad. The variants of mandi that you get in most places, stretching from Toli Chowki to beyond is just spiced-rice topped with different kinds of grilled meat. The mandi has had a whirlwind of a transformation and now become truly Hyderabadi-fied with the multitude of spices thrown in. But I believe this is indeed a good thing in some ways as it’s given to the rise in popularity of mandi. The increase in places serving mandi has also got a lot to do with community dining. I’ve enjoyed having mandi in a huge thaal with lots of friends sitting around and sharing it. It’s like a get-together over food.”

Mandi is so popular currently that even if a hole in the wall place sells it, customers will queue up from day one.

You have reached your limit for free articles this month.

Register to The Hindu for free and get unlimited access for 30 days.

Find mobile-friendly version of articles from the day’s newspaper in one easy-to-read list.

Enjoy reading as many articles as you wish without any limitations.

A select list of articles that match your interests and tastes.

Move smoothly between articles as our pages load instantly.

A one-stop-shop for seeing the latest updates, and managing your preferences.

We brief you on the latest and most important developments, three times a day.

Not convinced? Know why you should pay for news.

*Our Digital Subscription plans do not currently include the e-paper ,crossword, iPhone, iPad mobile applications and print. Our plans enhance your reading experience.

An ode to the common broad bean