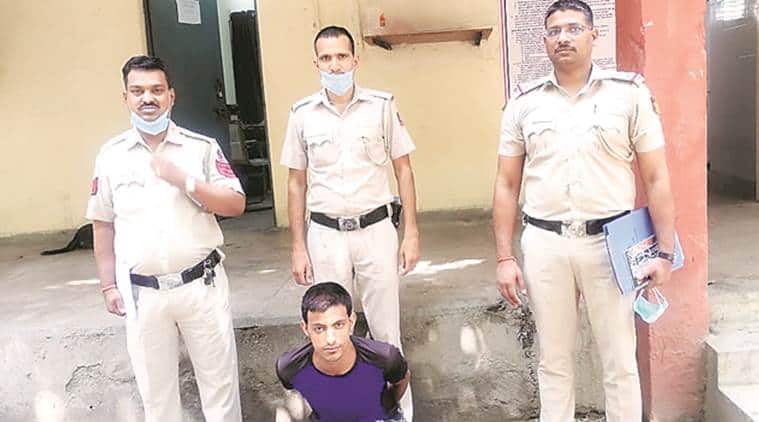 On Monday, the accused, Abdul Karim (22), was arrested.

On June 19, Vidhan Sabha speaker Ram Niwas Goel transferred Rs 450 cab charge to the account of a man who claimed to be a “Covid-19 survivor, a doctor at RML hospital” and was willing to donate plasma to his neighbour’s elderly father at Gurgaon’s Medanta hospital — only to be duped.

A day later, Goel submitted a written complaint to police. On Monday, the accused, Abdul Karim (22), was arrested.

DCP (North) Monika Bhardwaj said, “During investigation, he disclosed that he adopted this modus operandi of cheating people on the pretext of donating blood and plasma. He would misrepresent himself as a doctor, pretend to be a plasma donor and ask for money in the guise of travelling expenses to reach the hospital where the patient is admitted. After the online payment, he would stop taking their calls.”

The Speaker told The Indian Express, “My nephew’s father-in-law needed blood plasma as he had contracted Covid-19. He posted about it on social media and was approached by this man, who posed as a doctor with the medicine department at RML hospital. He said he had recovered from the virus and could donate. Luckily, my nephew managed to get another donor. On June 19, I received a call from my neighbour in Civil Lines who was looking for a plasma donor for his father. My nephew gave me the number of this man.”

Goel said he spoke to the accused, who told him that “he is among the four doctors at RML hospital who are willing to donate plasma. He asked for Rs 450 cab fare, which I sent so he could reach Medanta hospital. I found it odd that a doctor was asking for cab money, but assumed he was maybe a junior resident doctor who needed financial help. I sent him the cash transfer receipt via phone but he kept saying that he hadn’t received the payment. After that, he switched off his phone and never showed up.”

On June 20, Goel filed a complaint at the Civil Lines police station. On June 22, Karim was arrested from South Delhi’s Pul Prahladpur, where he lives, using technical surveillance.

DCP Bhardwaj said, “The accused said he’s been doing this for a few weeks. He has no aides. He said he’s duped more people; we are investigating the matter.”

Goel said the complaint wasn’t about the money. “In this case, the man played with someone’s life. My neighbour wasted four hours, his father’s condition deteriorated. Here’s a family desperately looking for a plasma donor for 12 hours, and this man chose to fool them. Thankfully, we found another donor and the patient is doing well now.”