After protests in several cyclone-affected areas of West Bengal, Chief Minister Mamata Banerjee on Saturday urged people to have patience as the administration was working tirelessly to restore water and power supply. She also denounced the “negative campaigning” against her government, saying “this is not the time to do politics”.

“We are facing four challenges at a time — COVID-19, lockdown, issues related to migrant labourers and now the cyclonic disaster,” she said. 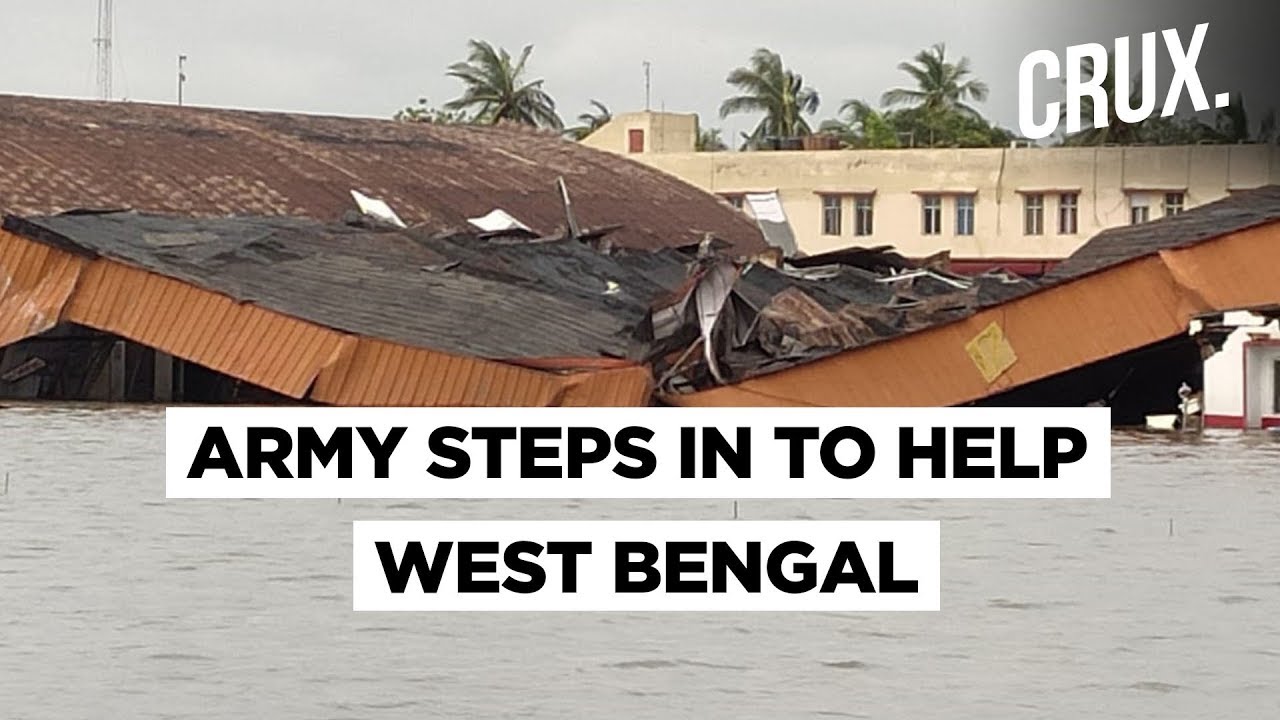 After holding a review meeting at Kakdwip in the district, Banerjee said the devastation caused by cyclone Amphan is “more than a national disaster”. She said people should understand the “ground reality” and cooperate.

Protests continued in several areas of Kolkata on Saturday as parts of the metropolis remained without water and power since the cyclone ravaged the city.

From Behala in the south to Belgharia in the north, armed with placards, people blocked roads with empty buckets and utensils. Protests were also reported from Sapuipara and Pallishree areas in Jadavpur, Garfa, besides Narkeldanga and Telangabagan.

The protesters, many of whom were women, said they are under extreme hardship as there was no electricity and water for the past three days and repeated calls to power utilities CESC and WBSEDCL went unanswered.

They said due to the power cut they cannot pump water from the supply lines to the tanks of their respective houses, leading to a dire situation amid the rising mercury.

Telecom restoration work was also hampered in the areas hit by the cyclone as people continued to protest.

“In the city (Kolkata) itself, 115 teams are working. NDRF, SDRF, CESC, state electricity and police are working in the state… Remember that we are not sleeping,” said Banerjee.

“There are a few areas in Kolkata where there is no electricity hampering water supply. I have called up the Calcutta Electric Supply Corporation (CESC) at least 10 times. Even I do not have proper phone network… I cannot watch television at home,” she added. “People should understand the ground reality and have patience. Some of you have started negative campaigning against the government. This is not the time to do politics. Cyclone Amphan is more than a national disaster and people should understand the ground reality and cooperate.” Banerjee asserted.

Not naming any political party, Banerjee said a few people were trying to do politics.

‘Restore normalcy as soon as possible’

At the meeting, Banerjee directed the district administration to utilise local people in order to restore normalcy in the region.

“Take the help of the local people. They may not be able to help you technically but at least they will be able to help you remove the posts or do some basic work… include them in the 100 days’ scheme and also utilise people of self-help groups,” she said in the presence of senior district officials, including District Magistrate P Ulaganathan.

Banerjee said the Odisha government has agreed to send personnel to help in the process of cutting trees uprooted during the cyclone. She also directed the district magistrate to ensure that people get enough drinking water and there is no complaint about it.

“There are huge losses in your district. Our challenge is to restore normalcy. Ensure that all people get drinking water. If needed, start supplying drinking water pouches” she said, adding that since the state government does not have much fund, it must spend accordingly.

The chief minister also said that those injured in the cyclone will get Rs 25,000 each and the state will bear expenses for their treatment.

“There are a few areas in Kolkata where there is no electricity (after cyclone Amphan) hampering water supply. I have called up the CESC (Calcutta Electric Supply Corporation) at least 10 times. Even I do not have a proper phone network… I cannot watch television at home…,” the chief minister said.

“People should understand the ground reality and have patience. Some of you have started negative campaigning against the government. This is not the time to do politics,” Banerjee said.

Until power supply is normalised, the chief minister said, she has mooted an idea to the CESC to hire 150 generators.

The CESC is a private organisation which was set up during the erstwhile Left Front government, she said.

A dearth of manpower due to the lockdown has also hit restoration work, the chief minister said.

“Several people have left (the city) because of the coronavirus pandemic. In some places, 25 per cent of men are working while in some places only 30 per cent are on the job. So we do not have the required manpower and because the lockdown is still on, they cannot come for work,” she said.

The chief minister said she has asked Firhad Hakim, Chairman of the Board of Administrators of the Kolkata Municipal Corporation (KMC), to make arrangements for supplying water to areas facing water crisis due to absence of power.

“Now because these days there is no load-shedding people have forgotten it. Even two days’ problem has become a big trouble for the. I can understand the pain,” Banerjee said.

Not only in the state capital, but people took to the streets demanding immediate water supply in Howrah also after which police resorted to lathicharge to disperse the protesters.

A similar incident was reported from Sonarpur in South 24 Parganas.

(With inputs from agencies)