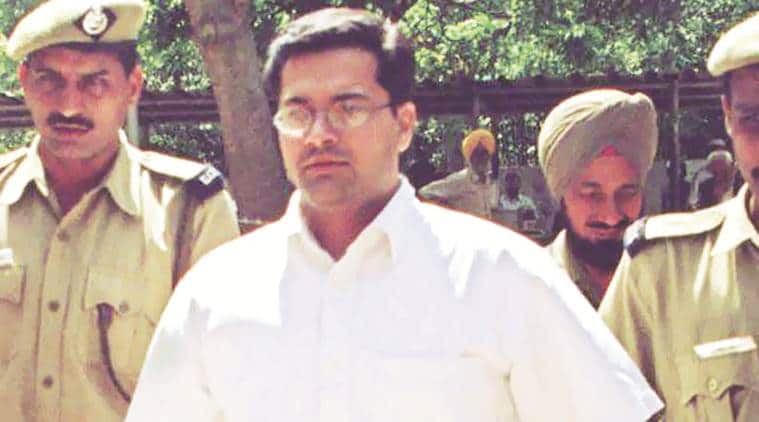 Manu Sharma, serving life sentence for the murder of model Jessica Lall in a city restaurant in 1999, has been ordered for premature release from Tihar jail by the Lieutenant Governor.

Sharma is already out on parole since April first week as part of measures to decongest jails to ensure social distancing among prisoners.

Lieutenant Governor (LG) Anil Baijal has accepted the Delhi government’s sentence review board (SRB) recommendation for premature release. The board in its meeting held on May 11 took the decision to release Sharma. It had also recommended the release of 21 other prisoners.

Sharma’s lawyer Amit Sahni said on Tuesday that the LG has accepted the SRB recommendations, as per which his client is entitled for release.

The order passed on May 28 states, “In exercise of the power conferred by section 432 of the Code of Criminal Procedure,… the Lt. Governor of the National Capital Territory of Delhi is pleased to remit the un-expired portion of the sentence of the following 19… life convicts on the recommendations of the Sentence Reviewing Board in its meeting held on May 11, 2020.”

The name of Siddhartha Vashishta, also known as Manu Sharma, is at serial number 18 on the list.

Sharma’s case has come up for review multiple times since 2017, only to be rejected. The Board is chaired by the Delhi Home Minister. Director General (Prisons), Principal Secretary (Home), Principal Secretary (Law), Joint Commissioner of Police (Crime), the government’s chief probation officer and a district judge are also part of the committee.

An application for remission is considered only when a life convict has spent 14 years in jail. The Board takes into account several factors such as conduct of the prisoner in jail, whether crime was premeditated or a spur of the moment act, nature and gravity of crime, propensity for committing crime, prospects of post release rehabilitation etc.

In 2018, Jesicca Lal’s sister Sabrina Lal had written to Tihar Jail authorities stating that she has no objections to Sharma’s release.

Manu Sharma, son of former Union minister Venod Sharma, was sentenced to life imprisonment by the high court in December, 2006 for killing Lall.

The trial court had acquitted him, but the Delhi High Court had reversed the order and the Supreme Court had upheld his life sentence in April, 2010.

Lall was shot dead by Sharma after she had refused to serve him liquor at the restaurant in south Delhi’s Mehrauli area on the night of April 30, 1999.

India’s weekly unemployment rate continues to be over 24%: CMIE

After Entering Virus-driven Recession with Biggest Drop, France GDP Set to Fall ‘Around 20%’ in 2nd Quarter