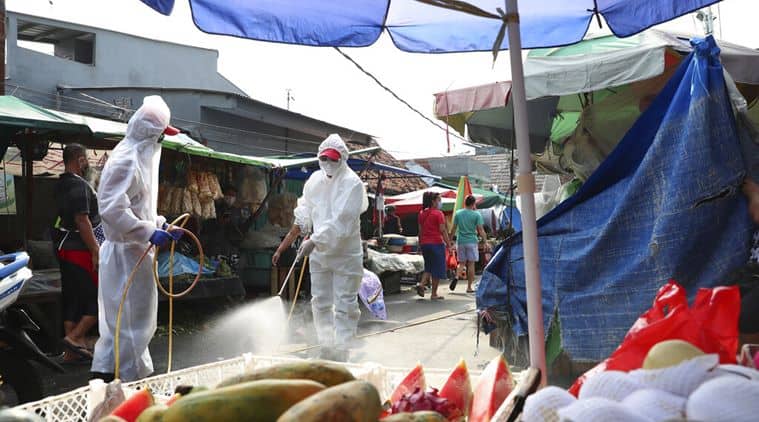 More than 6 months into the coronavirus pandemic, over 9.26 million people have been infected globally and 475,880​ have died, according to a Reuters tally. With most countries reopening their economies, small virus clusters in several places have again started to feed fears of a “second wave”.

The Latin American region reported more than 1 lakh infections amid an alarming spike in cases, while infections have begun receding in Europe and some parts of Asia. In United States, several federal health officials have warned states to brace for a second wave of infections this fall and in winter this year.

Meanwhile, UN secretary General Antonio Guterres has criticised the “total lack of coordination among countries in the response to the COVID” and warned that the go-it-alone police of many countries is not helping in defeating the pandemic.

Here are the major global developments People wearing face masks to protect against the spread of the new coronavirus walk through a shopping and office complex in Beijing, Wednesday, June 24, 2020. New virus cases have declined in China and in the capital Beijing, where a two-week spike appears to be firmly waning. (AP Photo/Mark Schiefelbein)

After a two week spike, the number of new coronavirus cases in China’s capital city are on the decline again with just 12 new cases reported from the country as compared to 22 from the previous day.

Since the new cluster was discovered on 11 June, China has tested 3 million people and a total of 249 people were found to have been infected. The city now has an ability to conduct 300,000 nucleic acid tests per day compared to 40,000 in March, Zhang Hua deputy director of the Beijing Health Commission said Tuesday. 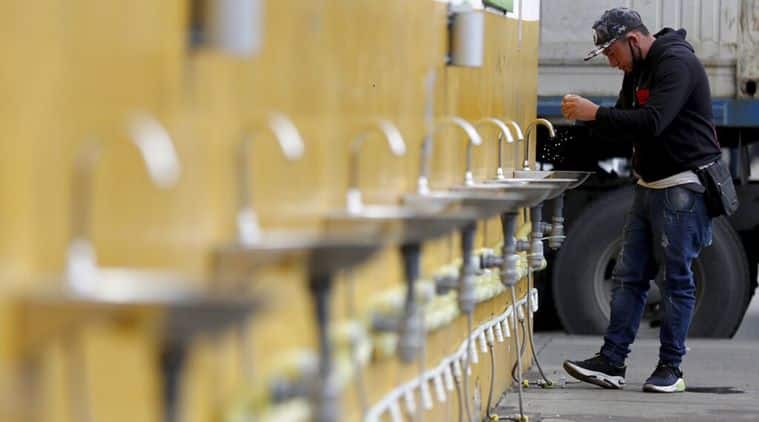 Experts continue to reiterate that the true scale of damage is still unknown in Latin America due to the lack of testing.(AP Photo/Fernando Vergara)

Latin America’s death toll from the coronavirus pandemic surpassed 100,000 on Tuesday, according to a Reuters tally. The region shows no signs of flattening the curve as it is marked by crowded cities and high poverty levels. In Brazil, the worst affected in the region, the number of infections over 2 million doubled in less than a month. Experts continue to reiterate that the true scale of damage is still unknown due to the low testing rate.

Columbia has extended its lockdown until July 15 in order to curb the spread of coronavirus, President Ivan Duque said in a night broadcast on Tuesday. “The current conditions of obligatory isolation, where we are returning to productivity and moving towards the re-opening of businesses, will continue as they are today until July 15,”Duque said. 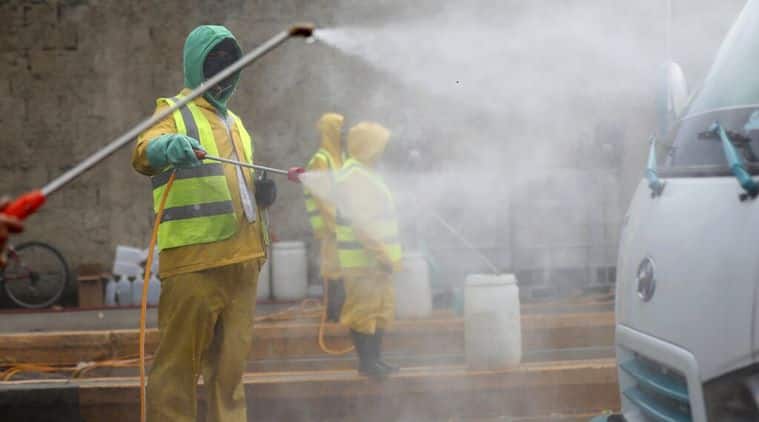 The lockdown was due to lift on July 1 after being declared in late March. The Andean country has reported more than 73,500 cases of coronavirus and 2,404 deaths.

Australia records its first covid death in a month

A man in his 80s in Victoria state became the first Covid-19 fatality in Australia in a month. The death toll now stands at 103. Victoria state recorded double digit increase in cases for the 8th consecutive day with 20 fresh cases on Wednesday. The infections in Australia top 7,500. The US capital joins several other states that already have statewide mask orders in place including California which issued its order last week. (Source: getty images)

Washington state will require people to wear facial coverings in public settings, according to a statewide order issued by Gov Jay Inslee which will come into effect from Friday. It will become mandatory to cover the face in indoor as well as outdoor public spaces where 6 feet of physical distancing can be made.

A second coronavirus wave in fall and winter, says US federal health experts

Several federal health officials have warned the United States to brace for a second wave of infections in the fall and winter this year. 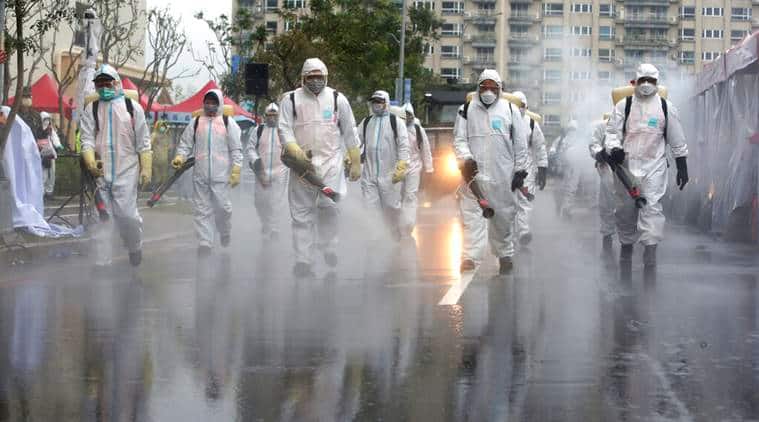 Several other federal health officials like Dr Anthony Fauci of the National Institutes of Health said that they continue to deal with the WHO despite Trump’s withdrawal. (AP)

Robert Redfield of the CDC said “We are going to experience significant coronavirus infection in the fall and winter.Other respiratory viruses follow a usual pattern of resurgence during the cold weather months when people are likelier to be indoors making it easier to transmit infection.”

Several other federal health officials like Dr Anthony Fauci of the National Institutes of Health said that they continue to deal with the WHO despite Trump’s withdrawal.

Worst of COVID-19 is yet to come in South Africa, says top scientist

As infections in South Africa crossed the 1 lakh-mark with death toll nearing 2,000, epidemiologist and the head COVID-19 ministerial advisory committee, Salim Abdool Karim has warned that the worst of the pandemic is yet to come in the country. 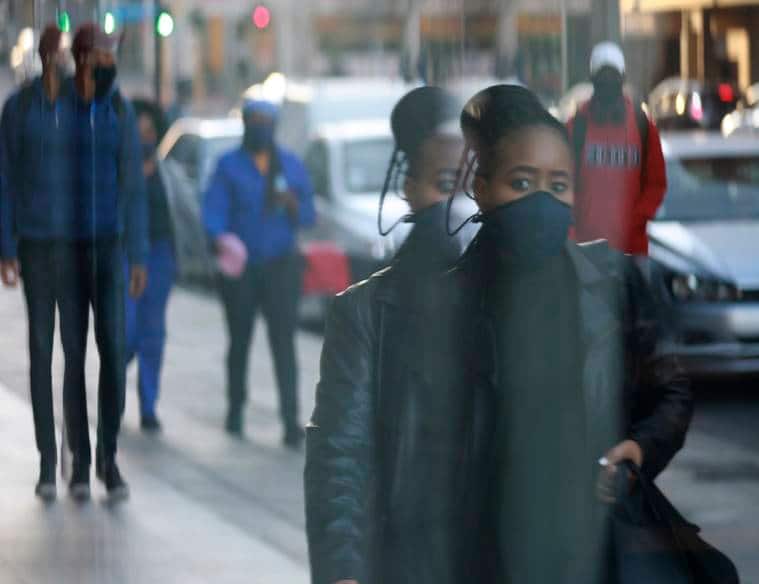 The reflection of a woman wearing a face mask is caught in the window of a shop in Cape Town, South Africa, Wednesday June 17, 2020. (AP Photo/Nardus Engelbrecht)

The infections and deaths have doubled in the past fortnight after lockdown regulations introduced three months ago were further eased to allow more businesses to open to save the faltering economy address rising unemployment. 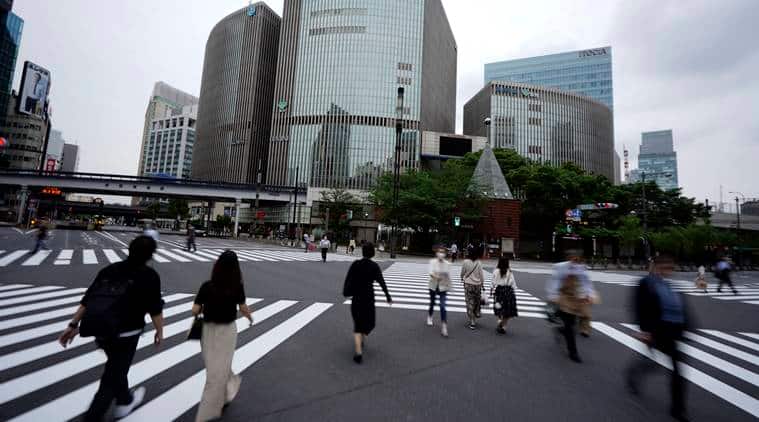 People walk across a pedestrian crossing Tuesday, May 26, 2020, in Tokyo. (AP Photo/Eugene Hoshiko)

Tokyo Governor Yuriko Koike Wednesday said that the state is to record “quite a large number” of new coronavirus cases after a cluster of infections emerged from an office. “Clusters in the workplace have become a big problem lately,” he said as the testing results are still awaited. New clusters like the one from the area known for Japanese night life is adding to the new cases after the country started reopening.

Gujarat: 80 headed for Assam, Manipur ‘not allowed’ to board train, stranded

US Revokes Emergency Use Of Hydroxychloroquine To Treat Coronavirus

After delay of months, 103 doctors get PCMC panel nod