A fire broke out in an operation theatre and recovery room at Cygnus Orthocare hospital opposite IIT in south Delhi on Saturday evening, officials said. 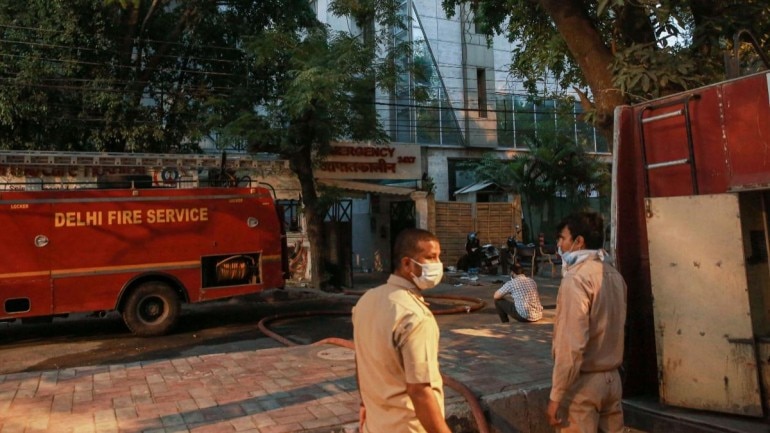 A fire broke out in an operation theatre and recovery room at the third floor of Cygnus Orthocare hospital opposite IIT in south Delhi on Saturday evening, officials said.

This is a reserve hospital for Covid-19 patients and there were eight patients present when the incident occurred but all were evacuated safely.

According to the fire officials, the information regarding the blaze was received at 5.54 pm.

Eight fire tenders were rushed to the hospital and the fire was brought under control, the official added.

“There was no patient on the third floor of the building where the fire broke out. All the eight patients were on the ground floor,” he said.

A team of firemen focused on evacuating the patients to a safer place while the others contained the fire in the building which comprised a basement, ground floor and three floors, said the senior fire official.

With summer, there has been an increase in the number of calls about fire. So, the Delhi Fire Service has advised everyone to get servicing done of air-conditioners and other electrical appliances before opening offices.