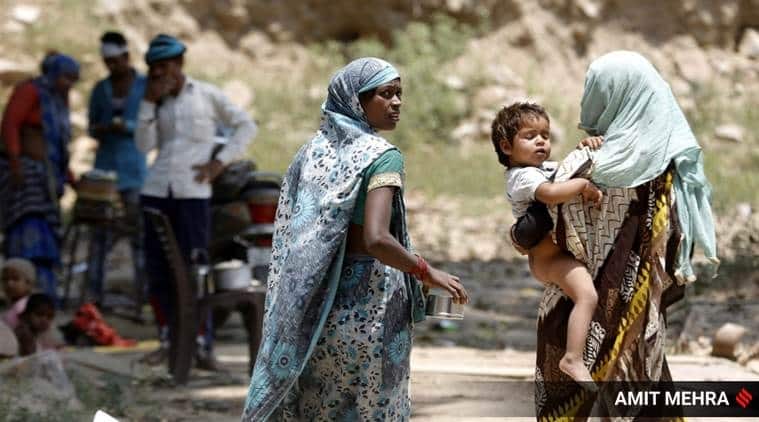 The greatest contributors to the cause of democracy believed in subjecting their observance of it to regular and honest review.

Our founding fathers — Mahatma Gandhi, Jawaharlal Nehru and Sardar Patel — were firm believers in the idea that democracy and the institutions on which it stands, must be tested by constant and honest scrutiny.

Over the last six years, yearly reviews have become tools for a propaganda-driven one-sided narrative. This narrative, which is unconcerned with the truth, does not tolerate any criticism, and as such can never be in touch with the nation’s needs. More worryingly, such obfuscation and political self-promotion have come at a great cost to our country. Three casualties of this brand of political ideology and governance can be identified.

First, the development of a politics that throttles sacrifice and idealism at the altar of self-aggrandisement and electoral conquest. To put it bluntly, there has been a death of compassion, empathy and fraternity, caused by the fraying of bonds that responsible leaders had worked over seven decades to foster. We see an India where the divides are exacerbated and exaggerated. The social edifice is divided and identified through caste-based identities, an ever-widening religious chasm, language and even the colour of one’s skin: These are issues on which progress was made after long, hard fights, and this work seems to have been undone significantly in the last six years. This erosion represents the complete denial of everything that the freedom movement had fought against.

Opinion | PM Modi writes: A letter to the nation in the midst of a crisis that calls for firm resolve

A nation must think of itself as one people, but the last six years have seen a systematic and deliberate creation of pre-fixed and independent silos in which people are encouraged to identify themselves. All to advance the interests of the powers that seek to poisonously divide the people of India. As a result, we have all witnessed the notable waning of camaraderie, compassion and brotherhood that allowed us to share and celebrate each other’s happiness. Mother India is bleeding from these million wounds. The fact that these issues have surreptitiously resurfaced and taken centre-stage marks a grim future for a nation that prided itself as the only example (in this part of the world) where diversity was a source of strength.

Second, democracy as we understand it, is rapidly dissipating. This has been the result of a six-year-long deliberate weakening of formerly robust and independent institutions. This has been greatly accelerated by the COVID-19 crisis. In fact, the COVID pandemic appears to have provided the perfect opportunity to a government that views constitutional checks and balances as inconveniences. The institutional invigilators — the highest courts, Parliament, legislators, individual regulators — seem to be crumbling. To use an analogy in the context of natural disasters — it is as if our nation’s soul has been shaken by an earthquake measuring 10 on the Richter scale. All institutions lie in shambles, content to be a shadow of their former grand, storied selves.

Third, the economic mess is intensifying the pain. The government has revealed shocking economic quackery. A government is elected to be a pillar of guidance, support and responsibility. The last thing a government must concern itself with in such crisis moments is to figure out short-term (and, ultimately doomed) strategies to hoodwink or distract people. Economic policy has been reduced to empty catchwords. After almost three months into the crisis and over two months of a lockdown, we see a regime wholly unequipped to take on the policy challenges. How can it, when it has hoisted itself on a platform that cultivates policy paralysis?

PB Mehta writes | Trains on their mind: Death of a mother at a railway station, a conversation in Heaven

The migrant labour crisis has seen epic levels of incompetence and administrative short-sightedness on display, with common citizens and the Opposition having to step in to assist those left in the lurch by a sudden and secretive announcement. The MSMEs are waiting to decipher what the plan for their economic recovery is, given that they contribute over one-third of the nation’s GDP. Denied a minimum support price by the government, and in the absence of a reliable market for their crops in view of the lockdown, farmers have been abandoned almost entirely. The middle-class is still waiting for a concrete proposal which goes beyond a simple loan deferment (without an interest rate subvention). But, in a democracy where leaders and administrators cannot be honestly questioned and assessed — or even held to account — such mismanagement is routine. Any failed state can attest to this sad truth.

Historically, the greatest difficulties have provided the biggest opportunities. We, as the people of India, are more than the sum of our government. In this trying time, it is the people and not the government who have rallied together. These people are the soul of Mother India and represent the best of us. They remind us that we must stand by each other — for our democracy, for the integrity of our institutions. Even if our government cannot and will not. To paraphrase a prominent statesman, eternal vigil is the price of democracy.

Ghulam Nabi Azad writes | A year of misgovernance: NDA govt has presided over an economic crisis, and handled pandemic poorly

It is ironic that the leaders who dream of a thousand-year rule are often myopic when it comes to an honest review of their time in office. They must realise that by suppressing the unflattering parts of their legacy or whitewashing their shortcomings, they do their country a great disservice. Nonetheless, we as citizens must maintain a constant and unceasing vigil.

Otherwise, how will we know the truth of “New India”?

This article first appeared in the print edition on June 2, 2020 under the title ‘The truth of ‘New India’. The writer is an advocate and AICC communications and media in-charge