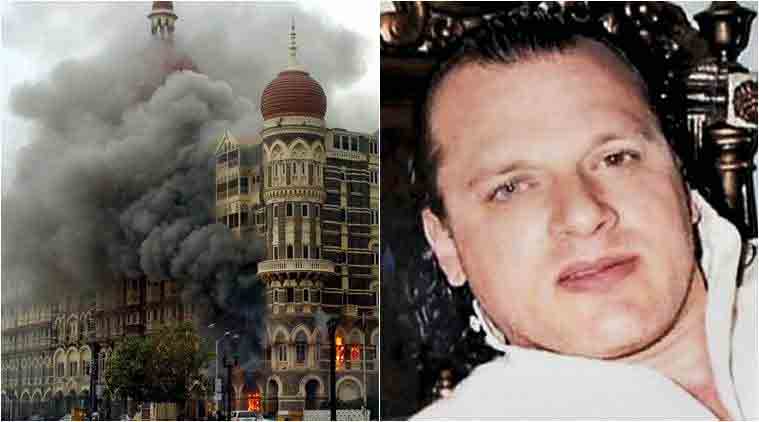 Pakistani-American LeT terrorist Headley was involved in plotting the 2008 Mumbai terror attack. He was made an approver in the case, and is currently serving a 35-year prison term in the US for his role in the attack.

Rana, 59, a childhood friend of David Coleman Headley, was recently rearrested on June 10 in Los Angeles on an extradition request by India for his involvement in the 2008 Mumbai terror attack in which 166 people, including six Americans, were killed. He is a declared fugitive in India.

According to the federal prosecutors, between 2006 and November 2008, Rana conspired with Headley, also known as “Daood Gilani”, and others in Pakistan to assist Lashkar-e-Taiba (LeT) and Harakat ul-Jihad-e-Islami, both US-designated terrorist organisations, to plan and carry out the Mumbai terrorist attacks.

Pakistani-American LeT terrorist Headley was involved in plotting the 2008 Mumbai terror attack. He was made an approver in the case, and is currently serving a 35-year prison term in the US for his role in the attack.

The US is yet to file India’s request for Rana’s extradition, but is expected to do it soon. It is evident that the offences for which Rana was tried in the Illinois court will differ from the Indian offences mentioned in the complaint.

Rana in his defence has argued that US’ decision not to extradite his co-conspirator, Headley, to India is inconsistent and bars his extradition.

However, Assistant US Attorney John J Lulejian told a federal court in Los Angeles on Friday that unlike Rana, Headley immediately accepted responsibility for his conduct and pleaded guilty to all of the charges in the Superseding Indictment.

“Because Headley fulfilled the required terms, the plea agreement established that Headley would not be extradited to India. Rana’s situation is different because he neither pleaded guilty nor cooperated with the United States.”

“As a result, he is unable to avail himself of the benefits afforded to Headley through his negotiated plea. Thus, he cannot complain that he faces extradition, while his co-defendant does not,” the US attorney said.

Rana’s bail application is due for hearing next week. Early this week, his attorney told the court that the 26/11 convict is not a flight risk and has proposed a USD 1.5 million bond for his release.

“Rana should be released on a robust bond: secured by approximately USD 1.5 million in property pledged by family and friends and under the supervision of his daughter, Lemaan Rana, a matriculating medical student and Ph.D. candidate,” Amy Karlin, the Interim Federal Public Defender, said in the court submission on behalf of Rana.

India seeks his arrest on a number of offences, including the conspiracy to commit murder, conspiracy to commit forgery for the purpose of cheating, and murder under relevant sections of the Indian Penal Code (IPC). He is sought for his role in 2008 terrorist attacks in Mumbai.

The US attorney urged the court to continue his detention pending the extradition proceedings to India. Describing Rana as a flight risk, the attorney said that no matter what bond package he offers, Rana poses an unacceptable flight risk.

If the US extradites Rana to India and he is convicted of the charges, he may be eligible for the death penalty. Given what is at stake, Rana has an extreme incentive to flee and avoid facing these extradition proceedings, Lulejian said.

“He could accomplish this by going into hiding within the US, but he has a particular incentive to go to another country that may not extradite him without assurances from India that it will not seek, impose or carry out the death penalty,” the attorney argued.

If Rana were to flee to Canada, his extradition from Canada to the US would take years and would require substantial resources by the governments of both Canada and the United States, and there is no guarantee that Canada would ultimately grant that extradition request, he said.

However, even if Canada granted the request from the US, the terms of the US-Canada extradition treaty would prohibit the US from extraditing Rana to a third country, such as India, unless Canada granted its consent to do so, Lulejian said.

Not only does Rana have an incentive to flee, but he has numerous international connections who can help facilitate his flight, he told the court.

Rana ran an international immigration business for many years in Chicago, which allowed him to develop professional and personal relationships around the world.

“Moreover, he was convicted of plotting an attack with and providing material support to an international terrorist organisation based in Pakistan. These international connections enhance Rana’s flight risk because they can provide the means to flee this jurisdiction and potentially avoid extradition to India,” Lulejian added.

The 2008 Mumbai attack was one of India’s most horrific terrorist attacks in which 166 people were killed and over 300 injured as 10 heavily-armed terrorists from Pakistan created mayhem.

States’ Rules for Travellers as Domestic Flights Resume from Today